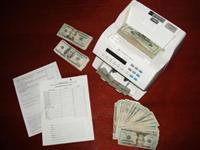 Illegal drug trafficking includes tremendous amounts of money. The money from criminal drug deals is untaxed and contributes to the general corruption of law-abiding societies. Drug users harm themselves as well as others; their destructive acts are compounded by the collective damage addicts inflict on innocent members of our communities when they resort to committing crimes in order to acquire drugs. The enormous amount of cash involved in illicit drug trafficking exacerbates violent, predatory behavior of criminals intent on stealing cash fortunes from other criminals engaged in drug trafficking. Much of the violent crime (e.g., murder, home invasion robbery) committed in our county is directly related the illegal drugs.

California's asset forfeiture laws are designed to deprive drug traffickers of their ill-begotten gains and divert these resources to the betterment of our local communities. The district attorney donates funds seized from drug dealers to support organizations associated with mitigating drug problems including the Mendocino County Youth Project, Drug Court, Gang Resistance is Paramount (GRIP) and Nuestra Casa, to name but a few. These are excellent examples of seized drug money applied to a good cause.

Asset forfeiture laws are designed to deprive criminals of ill-gotten gains. Law enforcement is the principal objective of forfeitures. By law, funds received by the District Attorney are to be used for proprietorial efforts.

To meet his mission of community based prevention efforts, a "Request for Proposal Form" can be used by organizations to request asset forfeiture funds from the District Attorney's Office. If you are interested in receiving funding, please complete the form and submit it to the following address:

You may submit your application via email by sending the completed form to: cavnessk@co.mendocino.ca.us.  A hard copy with an original signature must also be submitted.

If additional information is needed or a personal interview would be helpful in deciding whether the District Attorney's Office will fund the proposal, you will be contacted. Proposals are evaluated in light of the following:

Those programs that have been evaluated as successful shall be given priority.

The receipt of asset forfeiture funds cannot be considered as a dependable source of income for a project or organization, as the amounts available for distribution vary from year to year.

This fund shall be used for the sole purpose of funding programs designed to combat drug abuse and divert gang activity, and shall wherever possible involve educators, parents, community-based organizations and local businesses, and uniformed law enforcement officers.  Those programs that have been evaluated as successful shall be given priority.  These funds shall not be used to supplant any state or local funds that would, in the absence of this clause, otherwise be made available to the programs.

The Mendocino County District Attorney's Office has in the past been a financial partner in efforts to cleanup large-scale hazardous waste sites left behind by illegal marijuana profiteers.

Using drug-related asset forfeiture funds, District Attorney Eyster contributed to private efforts to remove more than three tons of garbage and pesticides from two different growing sites on public lands, grow sites where 9,600 pot plants had previously been found growing.  It is estimated that more than 870,000 gallons of water would have been necessarily diverted from nearby fish-bearing streams to water the plants during the plant life cycle in these illegal plantations.  At the time, this DA-sponsored partnership and effort was believed to be among the first statewide. 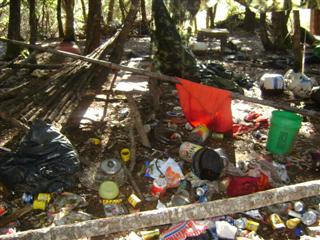 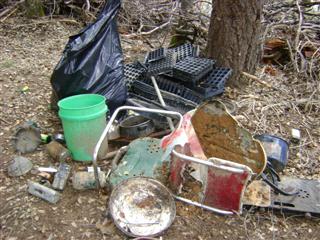 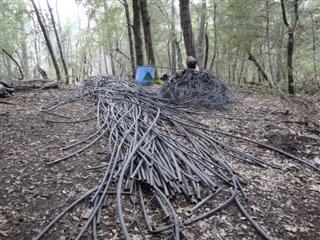 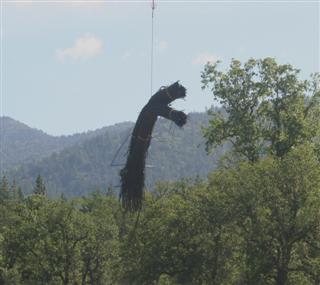 Distribution of Seized and Forfeited Funds to Law Enforcement

Free viewers are required for some of the attached documents.
They can be downloaded by clicking on the icons below.