A Gift of Vintage Stories: An Evening of Holiday Stories read by Linda Pack and R. Bobby

A Gift of Vintage Stories

This Event is FREE to the Public

Create a Holiday memory together! Join us Thursday, December 20th, at 7 p.m. for A Gift of Vintage Stories, a reading of classic holiday stories and historic Mendocino County remembrances of the Season.

Mendocino County Museum invites families, neighbors, and friends to gather together to experience beloved traditional holiday tales like The Gift of the Magi read and performed by Linda Pack and R. Bobby. 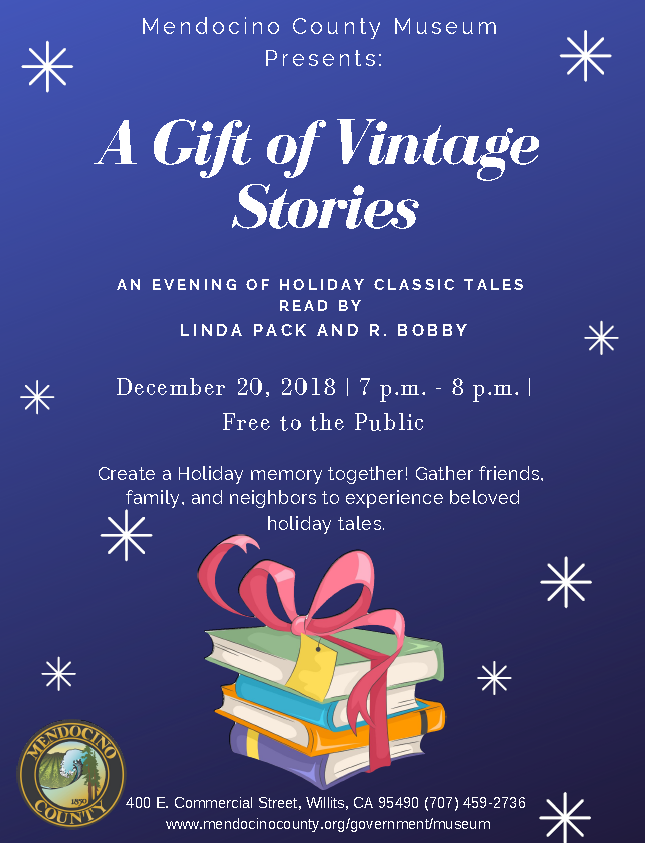 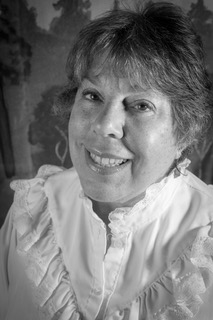 Linda Pack has been creating theatre in Mendocino County for more than fortyfive years, having become a theatre professional at the age of eighteen in New York City. She was a founding member of Gloriana Opera Company, and has performed and directed for Ukiah Players, Mendocino Theatre Company, and the Mendocino Music Festival. Linda has recorded more than 100 episodes of Mendocino County Remembered for public radio KZYX&Z. In 2014, she conceived and created the Mendocino County Museum Road Show, which, for four years, toured the county with new stories of our rich past brought to life in spectacular theatrical productions. 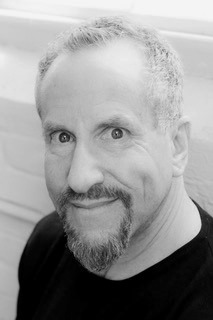 R. Bobby created and directed the Harold Arlen revue, Sweet ‘n’ Hot in Harlem for StageWest Theatre (Springfield, MA) & Studio Arena Theatre (Buffalo, NY) in 1991.  Between 1996 and 2002 in Mendocino County, CA, he acted in, directed or produced 26 shows for Ukiah Players Theatre, Willits Community Theatre, Mendocino College and Gloriana Opera Co.  Acting highlights include Oh Coward, Scrooge in his original adaptation of Charles Dickens’ A Christmas Carol, Hennessey & The Captain in Dames at Sea; Lady Enid & Nicodemas in The Mystery of Irma Vep, Oscar Wilde in Gross Indecency: the Three Trials of Oscar Wilde and Herbie in Gypsy.  He relocated to Rhode Island in 2002, where he appeared in Sweet Disaster at Perishable Theatre, An Ideal Husband and Rock ‘n’ Roll at the GAMM, as Roy Cohn in Angels In America for Epic Theatre, and for Counter Productions Catesby in Richard III, and Swifty Lazar in Frost/Nixon.  He is delighted to be back on the boards in Mendocino County.